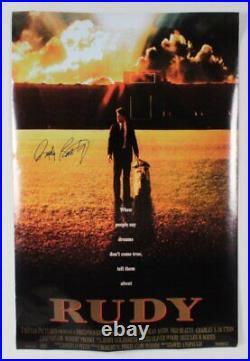 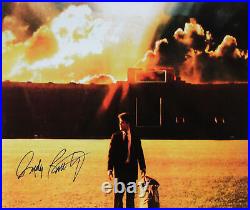 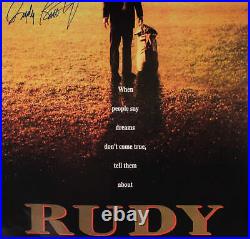 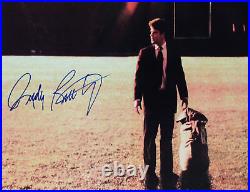 Ruettiger harbored a dream to play for the Notre Dame Fighting Irish football team, despite being undersized at 5 ft 6 in (1.68 m) and 165 lb (75 kg). Head coach Ara Parseghian encouraged walk-on players from the student body.

After tremendous hard work which was noticed, Ruettiger earned a place on the Notre Dame scout team, a squad that helps the varsity team practice for games. In the final play of Ruettiger's senior season with the Fighting Irish, he recorded a sack, which is all his Notre Dame stat line has shown. Ruettiger actually played for three plays: a kickoff, an incomplete pass, and on the third play (the game's final play), he sacked Georgia Tech quarterback Rudy Allen. He was carried off the field by his teammates following the game, the first player at Notre Dame history to do so.

Ruettiger's story was told in the 1993 inspirational feature film Rudy, which starred actor Sean Astin in the title role. The film was written by Angelo Pizzo and directed by David Anspaugh, both of whom were involved in Hoosiers. Ruettiger appeared in a cameo as a fan behind his father, played by Ned Beatty, during the final game scenes. Ruettiger has said that the movie is "92% true". The players did not lay down their jerseys; rather, the team captain and one other player requested that he be allowed to play.